The Department of Defense called off the $10 billion cloud contract that was at the center of a legal battle involving Amazon and Microsoft. The JEDI, Joint Enterprise Defense Infrastructure, became one of the most intense contracts for the Department of Defense. The lucrative JEDI contract was canceled because it was no longer meeting the sufficient needs, “due to evolving requirements, increased cloud conversancy, and industry advances, the JEDI Cloud contract no longer meets its needs”, the Pentagon released. With this said, the Pentagon is going to be launching a new multivendor cloud computing contract that both, Amazon and Microsoft will be receiving proposals for. 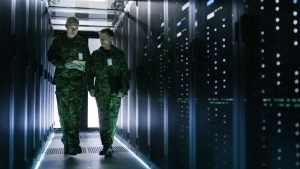 The ongoing struggle over a cloud computing project hasn’t concluded just yet. The Pentagon has stated there is still a need for enterprise-scale cloud capability, and therefore announcing the new multivendor contract, the Joint Warfighter Cloud Capability. Planning on still soliciting the proposal of the contract to both Amazon and Microsoft, as they have proved to be the only cloud service providers that can meet the needs of the new contract. However, the Pentagon will still do research to see if others are also capable of meeting the specifications.

The JEDI contract purpose was to modernize the Pentagon’s IT operations for services over as many as 10 years. Back in 2019 Microsoft was appointed the cloud computing contract over Amazon Web Services. Following a month later, Amazon filed a lawsuit with the U.S. Court of Federal Claims objecting the decision over JEDI. Amazon claimed that President Donald Trump’s bias with Amazon and then-CEO, Jeff Bezos played a part in why the Pentagon chose to give JEDI to Microsoft. However, in 2020 the Pentagon released a statement saying the White House had no influence on their choice.

In April 2020, the inspector general did release a 313-page report that stated there was little cooperation from the White House and resulted in the assessment of allegations of ethical misconduct to not be complete. Later, Microsoft reported understanding the Pentagon’s decision in cancelling the original JEDI contract but that the lawsuit made it apparent a change is needed. “The 20 months since DoD selected Microsoft as its JEDI partner highlights issues that warrant the attention of policymakers: when one company can delay, for years, critical technology upgrades for those who defend our nation, the protest process needs reform,” Toni Townes-Whitley, president of U.S. regulated industries at Microsoft, proclaimed. 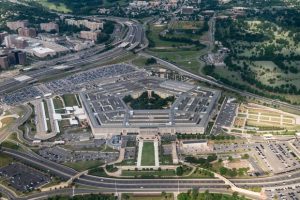 Townes-Whitley reiterated that the DOD did make their decision, even after careful review that Microsoft and its technology was the best fit for JEDI. And that the DOD, other federal agencies, and large enterprises worldwide, have chosen Microsoft to reinforce their cloud computing needs. An official from the Pentagon reported that the litigation was not the sole reason for the change in plans of JEDI, but due to the time taken place the agency needed a shift.

With the new contract, the Pentagon has made it clear that the cloud vendor will need to meet several bits of criteria. Being able to work on all three classification needs: unclassified, secret, or top secret, and have the liberty to be accessible all around the world with the best cybersecurity controls. The new contract is estimated to value in the multibillions, though it has not been determined what its maximum value is. With the expectation of the contract lasting up to five years, in addition to a three-year performance base period. The Pentagon believes that the JWCC will “be a bridge to our longer-term approach”, and the start of direct rewards of the contract will most likely begin around April 2022 with the potential of a broader competition as soon as 2025.