If you’re a Twitter regular, it’s safe to assume that you know Taco Bell’s iconic tweets. On January 18, Taco Bell went to Twitter creating a thread asking fans to submit ideas for the next Nacho Fries commercial using the hashtag #FriesChallenge. Up to 20 entries have been selected and are set to be reviewed by a panel of judges based on brand relevance and creativity. The challenge ended January 24 and there has been no further announcement in regards to which entries have been selected.

The QSR announced on January 19 that it landed on the concept of a time loop story, where the main character, Vanessa, and her best friend are stuck in the same day. Taco Bell’s crowdsource effort marks the first time the chain is developing a fan-created spot for its Nacho Fries. The effort has created lots of excitement surrounding the return of Taco Bell’s limited menu item.

These are a few examples of fan-submitted creatives via Twitter tread: 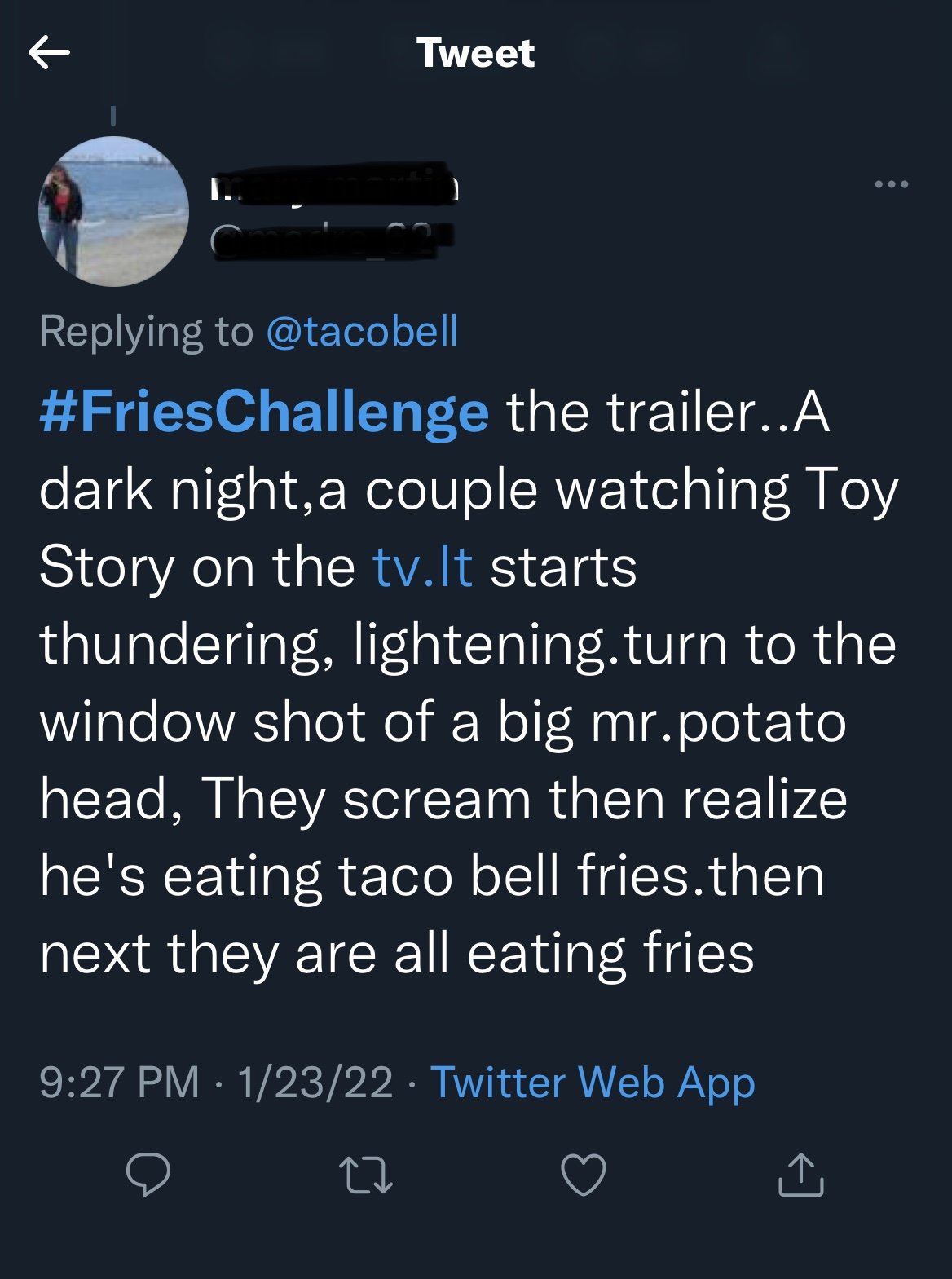 Nacho Fries have proven to be the most successful product launch in Taco Bell history. More than 53 million orders were bought in the first three months of its first launch in 2018, and the item appeared in more than a third of the chain’s orders. Its past ads have spanned a variety of popular film genres, including conspiracy-related dramas, dystopian thrillers, musical biopics, and anime.

The latest Nacho Fries ad, featured in July 2021, was presented in an anime-style ad and digital comic tie-in inspired by the Japanese manga format. The installment, “Fry Force”, was done by Deutsch LA agency and animation studio Psyop and was the first time Taco Bell took on an anime marketing style. The ad was centered around an animated character, Rei, who led an elite team of pilots in a battle against spice-obsessed monsters.

Taco Bell’s current crowdsource campaign is a stroke of marketing genius. Its innovative social media strategy to generate buzz has been a huge success, as fans are already engaged with the limited time comeback all before the ad has even been released. The Twitter thread has already racked up nearly 1000 likes, 200 retweets, and countless fan submissions for the new creative. Again, there has been no update on what submissions have been chosen or when they will be released, but check our Linkedin for real-time updates.