Facebook has found its way back into Congress after Facebook whistleblower Frances Haugen leaks thousands of internal documents and research that puts their motives into question. The former Facebook employee released proof that Facebook and Instagram – which Facebook bought in 2012- were knowingly not filtering content that poses mental health threats to teens and children claiming they are always willing to put profit over safety. In her Senate hearing yesterday, she even blamed Mark Zuckerberg, Facebook’s CEO, specifically for his power-hungry decision-making and blatant disregard for how those decisions would impact society.

Coincidentally, Facebook, Instagram, WhatsApp, and Oculus VR underwent an almost six-hour blackout on Monday that left us all questioning whether there’s any correlation between the two. Facebook is claiming that the blackout was due to a service issue with them experiencing DNS (domain name system) and BGP (border gateway protocol) failures. DNS is the system that converts typed words – such as Facebook.com – into numerals that become the IP addresses. BGP is how all other websites find Facebook. The shutdown resulted in the social media giant’s largest stock dive of the year with a total dive of 5.5%, representing a $50 billion loss in market value.

This isn’t the first time Facebook has been in hot water with mental health and profit concerns. The Cambridge Analytica data privacy scandal in 2018 and the #StopHateForProfit campaign late last year brought up similar concerns with how social media is affecting privacy and mental health. In 2018, Facebook also admitted that it was used to incite violence in Myanmar and said that the platform created an enabling environment for the proliferation of human rights abuses. As the trial continues this week, many are wondering if Facebook will be able to dodge the congressional bullet that they were able to avoid in the past.

Haugen’s research and documents have been providing a strong argument that Congressional interference is needed. Her whistleblower episode on 60 Minutes explained that the company has been aware of the risks that Instagram can pose on the mental health of children and adults, but refuses to make the changes that need to be made. She said the company will always choose to promote the most highly engaging content regardless of how true, harmful, or violent it may be. Yesterday, she stood in front of Congress and explained that Facebook should be responsible for the consequences of the choices it makes in which content it amplifies.

According to one Facebook study leaked by Haugen, 13.5% of teen 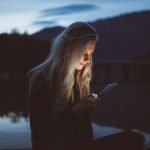 girls said Instagram worsens suicidal thoughts and 17% of teen girls
said the app contributes to their eating disorders. Shortly after the leak, Facebook announced they are postponing the development of Instagram Kids after concerns were raised about whether Instagram is healthy for young people. These concerns gained momentum after the Wall Street Journal surfaced an internal investigation that cited the previous study, further showing that Instagram found that its app adds to body issues in teen girls.

Antigone Davis, Facebook’s global head of security, defended the company in last week’s hearing with the Senate Subcommittee on Consumer Protection, Product Safety, and Data Security. She denied Committee Chair Sen. Richard Blumenthal, D-Conn.’s claims about Facebook’s relentless campaign to recruit and exploit young users and said that the Journal left out some key research that Instagram made mental health better for a majority of teen girls.

Davis said they have removed more or less 600,000 accounts on Instagram alone between June and August for not meeting the age requirement of 13 years old. In addition, she also defended the building of Instagram Kids noting that other platforms such as YouTube and TikTok have developed versions for kids under 13 and that the new app will provide a much safer and more age-appropriate experience than the alternative. 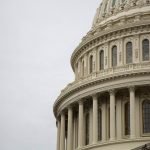 At this point and time, there has been no hard data released that shows a direct correlation between the blackout and the whistleblower hearings. Although, there is a lot of evidence and moving parts that can allude that there is. Facebook’s decision to only halt and not eliminate the development of Instagram Kids following the leaks is a bit suspicious and is increasingly questioning Facebook’s hunger to collect and sell more data. Some are also questioning if the social media blackouts were due to hacking, but Facebook is still claiming that it was due to a service issue. Following yesterday’s hearing, Sen. Blumenthal said it would be premature to consider subpoenaing Zuckerburg, but added he has a public responsibility to appear before Congress voluntarily to explain the things he’s done.