Mars Wrigley was one of the first brands to air a six-second ad on broadcast TV in 2017. The company behind M&M and Skittles became a trailblazer for the shortened ad format for corporate companies following YouTube’s announcement in late 2016. Youtube found that a six-second ad was just long enough to get a message across while still retaining a viewer’s shortened attention span. A lot can happen in six-seconds but is it enough to have an emotional impact on the viewer?

Mars began experimenting with a new piece of technology that takes into account typical measurement techniques while putting a larger focus on the emotional response of the viewer as they’re watching an ad. The Agile Creative Expertise (ACE) solution has been in a five-year gestation process prior to the launch in July 2020 and has been used to analyze more than 450 pieces of content thus far. 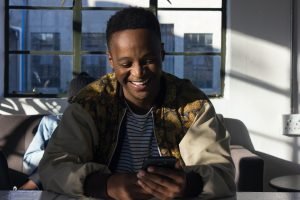 The tool is predominantly focused on video, covering anything from six-second ads and social media stories to longer traditional TV formats. Using an artificial intelligence (AI) algorithm, ACE measures the facial expression of people watching the video, while also measuring traditional digital behaviors such as skip rates, click-through rates, and view-through rates. The new tech is consent-based to comply with privacy considerations. Sorin Patilinet, global insights director at Mars, explained that the tool does not identify faces at the individual level by using facial recognition. Instead, it tracks the movement of eyes and lips, codes them into a certain sentiment, such as “happy” or “sad”, and then aggregates that data to paint a picture of the overall response to the ad. The tool can now recognize up to 150 different emotions just by analyzing eye and lip movements.

Patilinet’s team is encompassed as an “in-house relationship with sales” as all of the actual measuring is done through outside partners. Google and Medicom are involved with the initiative by providing benchmarks for the tool, Nielsen works on larger in-lab assignments, and Realeyes assists with mobile measurement. The data are then turned into a proprietary number, interpreted into a deck, and then shared with the team to evaluate any changes that need to be made. 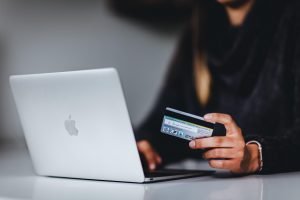 Dexterity has been a keyword in the marketing world during the pandemic to ensure that messaging adjustments can be made in a timely manner. As online shopping habits have continued to expand during COVID-19, Mars has been making business shifts to e-commerce and direct-to-consumer channels. The goal with ACE is that it will eventually be able to produce real-time feedback through dynamic and automated assessments. This will enable them to make real-time tweaks to contend with rapidly declining consumer attention spans as the industry moves toward shorter and shorter ad formats.

With Mars being one of the first companies to air six-second TV ads years ago, they understand the hardship of building an emotional story with a six-second ad. The overall goal is to create a positive response to their video ads and ACE might be the key to ensuring that the message connects with their consumers.